Magnesium Oxide Board (MgO) – The facts

Magnesium Oxide Board (MgO) – The facts

What is an MgO board?

Magnesium Oxide boards are a man made factory-produced non-insulating sheathing board products that are used for general construction applications.

MgO board is similar to traditional drywall or cement board, but is much stronger, fireproof, and has a higher resistance to mould, mildew, moisture, and weather.

It is an upgraded construction product that replaces wood board and gypsum board.

Magnesia was used in the construction of The Great Wall of China and the Roman Empire represents the first use of magnesia mixed into mortar.

By the early 20th-century, the use of magnesia declined as builders turned to cheaper options such as Portland cement and other such materials.

Over the past decade magnesia has returned as a component found in sustainably produced magnesium oxide boards.

How is the Magnesium Oxide board made?

Most magnesium carbonite comes from China and New Zealand, the MgO boards are panels for construction that are made by a process that combines magnesium and oxygen through heat and pressure to create MgO, or magnesium oxide.

Once the heating process has been completed the MgO shares the same physical characteristics as stone.

To turn it into a panel the substance is crushed and ground into a fine powder. It is then mixed with water, perlite, chloride, sulfate or Epsom salts, and wood dust (cellulose), among other materials.

What is the composition of a MgO?

Magnesium oxide board is made of natural materials such as inorganic substances, plant fibres. It is eco-friendly, healthy, and pollution-free, with no asbestos, formaldehyde and radiation.

Magnesium oxide board has many environmental benefits.  It is unique as the curing process captures carbon dioxide (CO2). The manufacturing process of magnesium board uses 25 to 50 percent of the energy required to prepare calcium hydroxide (slaked lime) or Portland cement.

One of the most significant benefits of magnesium oxide boards is its positive impact on the environment unlike other competitive building materials. The MgO boards do not contains no asbestos, formaldehyde, ammonia, silica, or benzene chemicals like benzene which also have negative environmental effects.

The board has additional long-term environmental benefits. The extended lifespan is of important has does the acoustic performance of the MgO board.

Because of MgO boards’ incredible strength and resistance to several factors, buildings will tend to stand longer and thus won’t need significant repairs or renovations.

Where can MgO boards be used?

The board can be used for a number of applications and works in almost every situation in the construction of a building or home.

On the exterior, magnesium board products can be applied as wall sheathing, trim and fascia.

Inside homes, magnesium board serves as a tile backer, wall panel, ceiling board, firewall, and drop ceiling tile. It offers exceptional performance when used as a fire rated wall and lining systems.

MgO board production has additional long-term environmental benefits. First is its extended lifespan.

Because of MgO boards’ incredible strength and resistance to several factors, buildings will tend to stand longer and thus won’t need significant repairs or renovations.

Magnesium oxide boards are used in the same way as drywall or oriented strand board or any other board product.

No special tools are needed to cut, nail, score, snap, screw, or hang magnesium boards from wood or steel frames. Boards come in thicknesses from 6 to 15mm with different surfaces offered.

The boards can be finished by just two coats of paint or they could even be wallpapered and even rendered. MgO boards are also user friendly as they contain no carcinogenic dust, fly ash, or other toxins which makes them very safe to work with.

The boards are 20% to 30% lighter than other cement-based boards, making them very lightweight and easy to transport.

They can also achieve a beautiful Level 5 finish in half the amount of time and with half the resources it usually takes for other cement-like materials.

They were tested in accordance with ASTM E136-16A which is the standard testing method for materials in a vertical tube furnace at 750°C.

They showed no change of quality, change of state, spread of flame or smoking.

How waterproof are Magnesium Oxide Boards?

MgO boards perform really well against water, because they are impervious.

The boards are still structural and dimensionally stable even when wet. They do not swell, warp, or delaminate. They even protect against moisture when underneath basement flooring boards.

It is essential to note that MgO boards are moisture and water resistant but not waterproof.

Although contact with water for short periods will pose no major damage, being directly exposed to water for an extended amount of time can lead to hypothermal expansion.

On the coast the boards generally withstand any slat damage but should always be covered by another finishing layer externally.

Are the boards Mildew and mould resistant?

MgO boards are fully inorganic so they will not rot or attract mould or mildew.

Can MgO boards be recycled?

One of the most significant benefits of magnesium oxide boards is its positive impact on the environment.

As previously mentioned, MgO boards do not contain chemicals like benzene, ammonia, and asbestos, which also have negative environmental effects.

The boards are considered nutritional waste that can be recycled, recycled, or ground up and mixed into soil for nourishment. They create no pollution in landfills.

Are Magnesium Oxide board safe for people?

Health implications are reduced in the home as the boards naturally resist mould, mildew, and rotting.

This will result in reduced symptoms of  asthma, coughing, wheezing, throat irritation, eye irritation, nasal stuffiness, and even skin irritation. Magnesium oxide boards are made without any dangerous and toxic chemicals.

Unlike other construction materials, MgO boards are free of asbestos, ammonia, silica, benzene, formaldehyde, which all have their respective adverse side effects to health.

Installers should always take precautions when using and cutting anything that produces dust particles and PPE should be worn.

What Are the Advantages of Magnesium Oxide Board?

Magnesium oxide board has many advantages for the DIY and constructor.

It has outstanding strength and fireproof qualities, it is energy efficient to produce, reduces waste, and captures carbon dioxide during production.

The board’s fungus resistance means they attract no rot, mildew, allergens, or mould. It is 20 to 30 percent lighter than other cement-based boards.

How durable is an MgO board?

If compared to most if not all other construction boards the magnesium boards come out superior in terms of strength and durability, specifically fastener holding, shear applications, and impact.

Magnesium Oxide Boards vs. Other Materials

It’s safe to say that magnesium oxide boards have several advantages over other construction materials, based on the benefits previously mentioned.

Although both gypsum and magnesium oxide boards are eco-friendly, the former poses more harm to people because its fly ash releases toxins when cut.

Portland cement lacks water-resistant and fire-suppressing capabilities. Plus, MgO leaves a smaller carbon footprint compared to cement. And although Portland cement is recognizably strong, MgO has a higher rating on impact strength even though it is considerably lighter in weight.

MgO is undoubtedly safer than plywood as a construction material. Plywood is not flame resistant and could quickly spread fire it is not water resistant, making it susceptible to moisture that could grow mould and vulnerable to water damage.

When it comes to safety, MgO ranks higher than OSB. The OSB releases formaldehyde, a dangerous toxin. It is not fire resistant nor is it resistant to moisture and termites.

Do MgO Boards work on Structural Panels and Systems?

Any standard finish works on the board, including concrete and synthetic stucco, paint, plaster, stone, tile, brick, fabric, and wallpaper.

The panels need a concrete or masonry primer, followed by paints and topcoats. We would suggest testing the paint’s adhesiveness before a full application.

Not all that many consumers have heard of magnesium board or understand its outstanding features, benefits and environmental attributes.

It is environmentally benign and it boasts a host of characteristics beneficial to the safety and health of homeowners and contractors.

Try Teckwood All in One MgO board because not all building boards are equal. Call 0800 799 9082 or contact us for further information

What you can read next 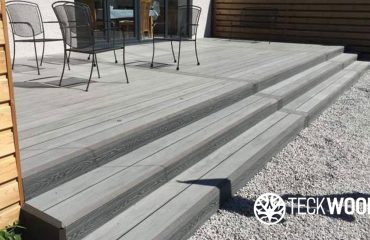 The 11 composite decking benefits you didn’t know about 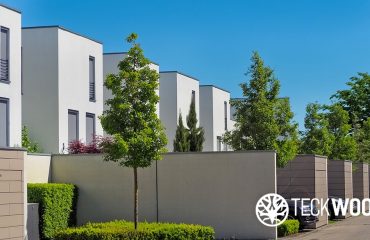